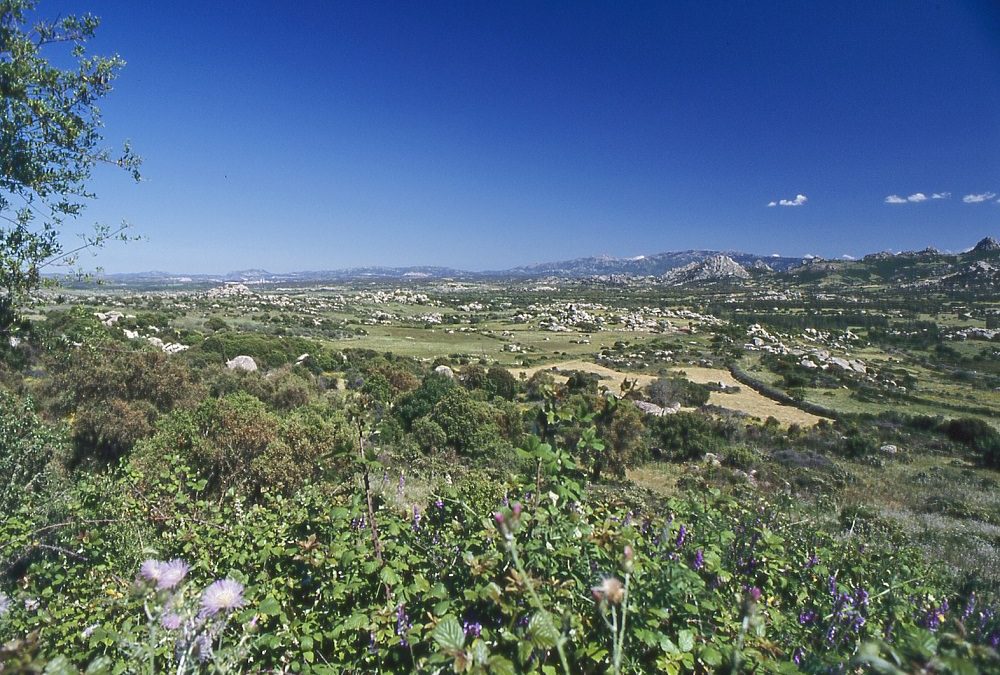 The surrounding area is particularly fascinating, behind the village we find the crown of mountains known as the “Resegone” of Aggius, which makes it the crib village par excellence and scenario of many legends staged during the period of Spanish domination and the feuds. The granitic mountains, of original shapes, modelled by wind and weather and now available for visits thanks to paths and trails, which allow it to be scaled.

The granite in its strange and eccentric forms, visible especially in the plain of large boulders or “Valle della Luna” in the area of “Li Parisi”. These boulders, dating back to the glaciation of the Quaternary period, were rounded and processed by the erosion, ending to have an unusual and bizarre appearance, that recalls a moonscape, or particular shapes similar to figures of animals and to profiles of human faces, environment in which we find the more significant tracks of the first human settlements. Shelters under rocks, caves, tafoni or basins, megalithic circles belonging presumably, to the “Culture of Arzachena” in the areas of “Pitrischeddu”, “Paramuru”, “Ciacca”, “Salvagnolu” and “Pianu”, the prenuraghic villages of “Boda” and “Li Parisi”; used in neolithic times from the early dwellers like shelter, burial or as places of worship and, gradually, until recent times, by the shepherds.

Majestic and imposing the Nuraghe Izzana, site in the locality of Finosa, in a good state of preservation, famous for its tholos and its triangular base. Near Aggius passed one of the Roman roads that started from Tibula, today territory of Santa Teresa, inwards.