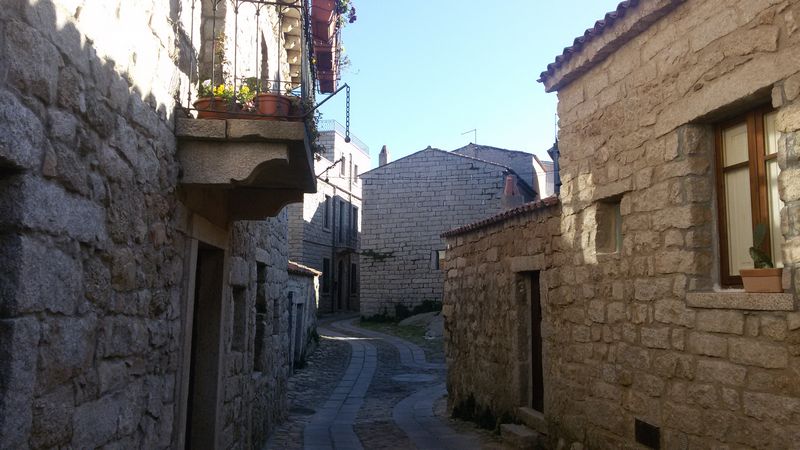 The following proposal is the ideal solution for those who want to live and to know one of the most characteristic villages of the other Gallura, rediscovering traditions and ancient flavors, which only in Aggius remained intact.

– Who is it addressed to: individuals and groups
– Available from May to November

Arrival in Aggius. Welcoming of tutor, at Casa dell’Ospite, in via Monti di Lizu n°6.
The day starts with a visit to the Museum MEOC (Ethnographic Museum Oliva Carta Cannas), where it is possible to rediscover the ancient crafts, ancient traditions (dancing, singing, weaving) and admire a faithful reconstruction of the traditional house. Going along the ancient alleys and squares of the historical center, characterized by buildings in worked granite and ancient churches, you reach piazza Michele Andrea Tortu, which hosts the second museum of Aggius, dedicated to banditry.
Typical lunch with the possibility of tasting local food and wine.
In the afternoon, the day continues with an excursion along the characteristic panoramic road with the first stage at the artificial lake of Santa Degna, equipped with a refreshment stand and immersed in the unspoilt nature and it continues toward the panoramic viewpoints of the Moon Valley, or plain of large boulders, so named because it resembles a mooscape, also equipped with a refreshment stand. Along the route it is possible to admire the famous mountains of Aggius, setting of the ancient legends of the village.

End of trip and greetings.