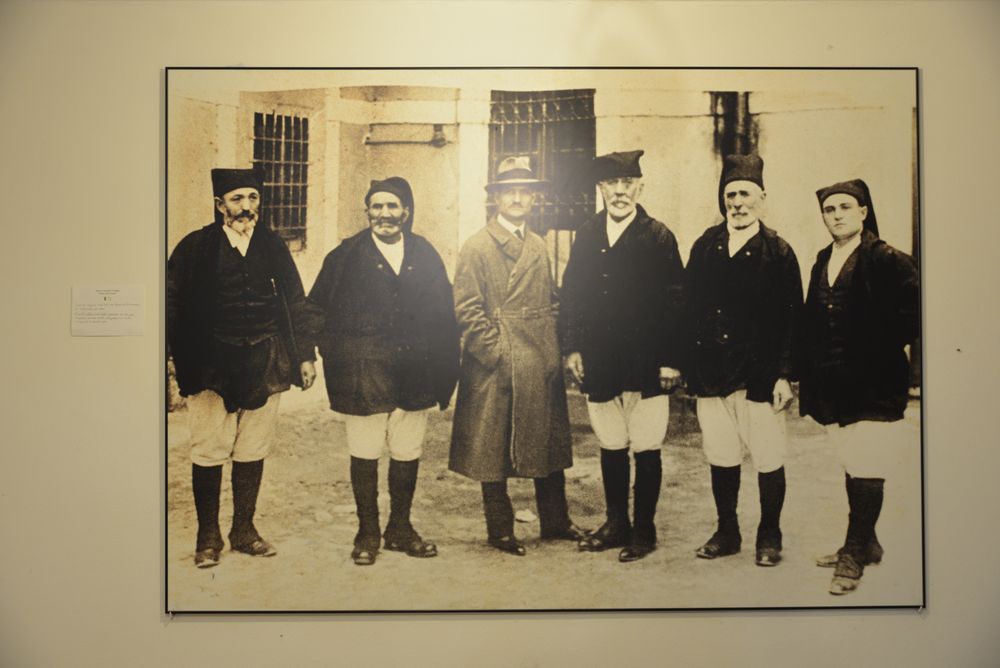 The name appeared for the first time as “Agios” in a document of 1358 reporting the tax chart filled out by the king of Aragon, with the aim of fixing the amount that every villa had to pay to the Crown.

The origins of Aggius date back to the prehistoric era, as proved by the traces around the residential area: shelters under the rocks, caves, tafoni and dips, arise in a granite landscape.

Ancient and powerful “villa” of the Curatoria di Gemini, its infinite territory included also the municipalities of Trinita’ d’Agultu, Badesi and Viddalba, until they became autonomous municipalities respectively in 1958, 1968 and 1975.

After the Giudicati period, Aggius was disputed by the Doria family, by the Arborensi and by the Maritime Republic of Pisa wich exercised the control over the whole area, until the arrival of the Aragoneses and later the Spanish domination. The Spanish domination influenced strongly language, local customs and traditions still alive today in the culture of Aggius. It lasted about 400 years and was characterized by particularly difficult periods due to a succession of famine and plague which decimated local population. Like the rest of Sardinia also Aggius in 1720 passed under the control of Savoy.

Today the main economic sectors are cattle breeding, granite, wood and wrought iron working. In addition, the artisan textile sector represents an excellence and a distinctive characteristic of the territory.

In addition to the official history Aggius is also known as a centre of counterfeiter in the first half of 600AD. The “mint” was in one mountain after renamed, Fraili (it means smithy). To tackle the phenomenon Don Matteo Pilo Boy organized a famous mission. Throughout 800AD the population has been devastated by family feuds, the most famous is the one among the families Vasa and Mamìa. The writer Enrico Costa was inspired for the novel “Il Muto di Gallura”. Few know that in 1848, during the period called the Springtime of the Peoples, Aggius became a Republic for 48 hour.