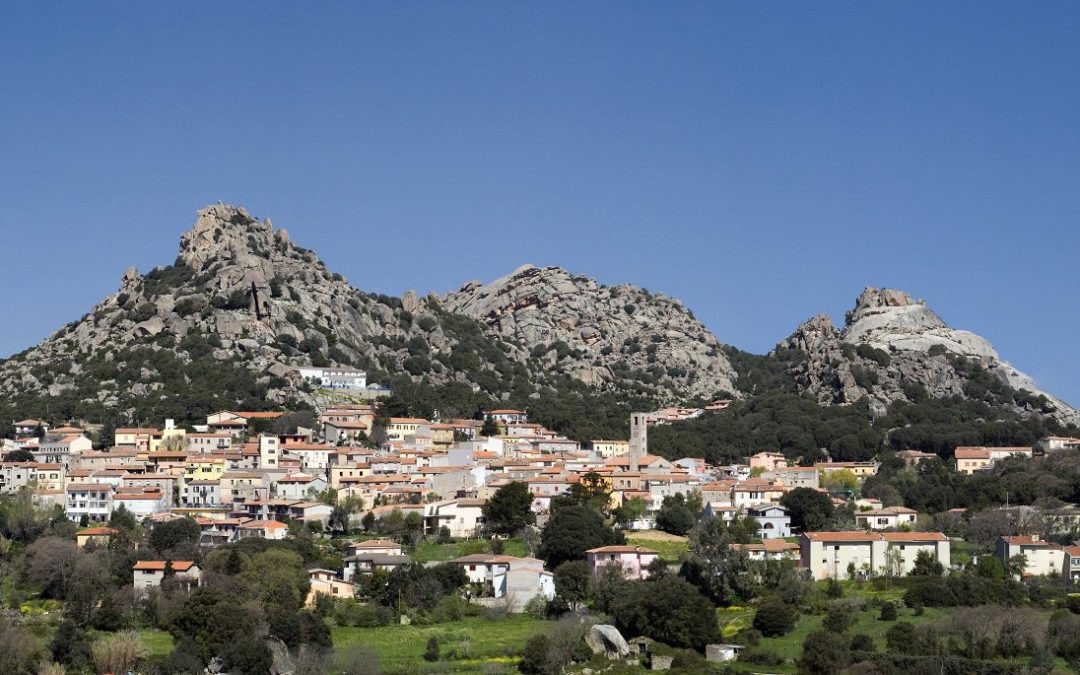 Aggius boasts a marvellous view to the southeast dominated by the impressive Limbara Massif, whose highest peak (Punta Balistreri) rises to a height of 1,359 m a.s.l. From these high reliefs, the panorama you can admire is one of the most beautiful and evocative of the whole island, ranging from Asinara Island to the Maddalena Archipelago and the Costa Smeralda (Emerald Coast). On clear days, you can even admire the windy Bocche di Bonifacio (Strait of Bonifacio) and the nearby Corsica, with the unmistakable cliffs of Capo Pertusato, while in winter and spring the sharp silhouette of the high snowy peaks stand out clearly in the distance.

The characteristic panorama of the region is certainly one of the most beautiful in Sardinia: the village is nestled among granite rocks characterized by strange and bizarre shapes, dry walls, secular holm oak and cork woods, Mediterranean scrubland, pastures and vineyards, to which the succession of the seasons gives variegated and pictorial aspects and shades of colours. Whether it is part of the rugged crest system of the so-called “Resegone“, or it appears in scattered heaps with original shapes in the so-called “Valley of the Moon“, granite characterizes in an unmistakable manner the landscape of this wonderful Sardinian village. Over the centuries, the twisted shapes of these particular stones have become popular, as in them man, since ancient times, has always pretended to recognize in them faces, silhouettes of animals and deities, choosing to settle next to them, at first living in shelters under the stone, then in the nuraghi and finally in the folds (stazzi), the typical rural settlements of the sheep-breeding world of the ancient Gallura.