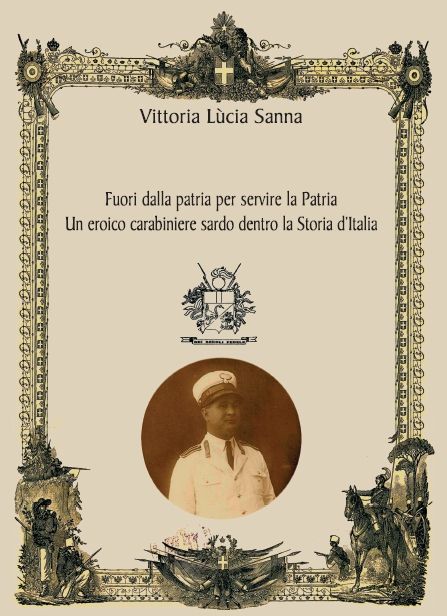 The fact that in the island of Sardinia the Corps have their established traditions is a historical data that marked a lasting impression in the collective memory of the islanders.
This is especially because of the widespread settlement of the stations, located even in few hundred inhabitants’ communities, for protecting an internal public order that from the birth of the unitary state has never failed, and only now, in times of crisis of public spending, could be drastically revised.

In Sardinian people, therefore, the carabiniere has represented the state par excellence, the tangibility of the Power. An official is often more important and influential than a mayor, a popular expression clung to the localism and overcome by political potentates of urban centres. Not surprisingly, then, for simplifying, you could support the argument, almost a popular saying in all our lands, that young Sardinians discovered their own identity with comparing themselves to the carabiniere: in his favour or against him, determined and faithful to the cause with the same energy and vigour, whether it was the defense of the order and the rule of law, is that it was the upheaval in delinquency and in absconding.

The author of this work, without particular literary artifices and from detailed paternal memories, admirably represents the Sardinian who missed the ford in the first of those directions, the young man who chose to stand in defence of the collective and homeland interests during its colonial expansion. He goes on all the way “with transport and steadfast loyalty” the task he has undertaken.

The precise historical reconstruction gives the reader an insight into the history, life dowels always lived on the cutting edge, imbued with an ethic equal to that of heroes made famous by the war and patriotic iconography. The context that surrounds the exploits of the “Sardinian carabiniere”, his fit and his asserting in cosmopolitan realities as Constantinople in 1919 and then Mogadishu and throughout colonial Africa, gives light to the moral force of the character, his courage in being aware to live events exceeding the materiality of the moment.

In these essential and elegant memories of this man, however, a sign of surrender to complacency for the shares in extreme situations, nor for the prestigious awards accordingly attributed has not conveyed; there is nothing that can exalt those actions for the prominence of the Italian spirit that in that historic period was liberally sprinkled until the tragedy of war.

Even when describing the command of stations in the desert, made exclusively of native militaries , the “Sardinian carabiniere” is simply dependent on the state, proud just like the people of his native Gallura, to be able to gain respect from subordinates and superiors, never inclined to take shortcuts in life but ready to face events that fate reserved to him. Matteo Sanna is obviously a Sardinian who became famous but then lived with his own greatness like ordinariness. He was a man who after the end of the events that featured his life, just to prevent the elderly deprived him of memories, put them in writing, including that of being became a personal friend of the children of the last turkish Sultan but instructed by the government to take them anywhere in their Italian holiday.

Enlisted in ’12, after many difficult experiences he has granted the first license in ’29. Seventeen years after his departure, he reviews his land, in a return that, you can imagine, marks the end of his abroad youthful impulses and that, makes him prefer to landscapes such as the “wonderful and delightful” overnight eastern port, the repatriation, the family, a job in the administration that still enhances its extensive accounting capabilities – even for allies, in English money, he underlines in his notes.

The ” Sardinian carabiniere ” finally finds its roots in his Aggius perched among granite, and there he lives in “the hope of another better world, without wars and with the eternal peace “. In this in mind, he rethinks about his past, like the other famous leader who, in the silence of the nearby Caprera, reworked the experienced challenges as servant of the nation for the achievement of the Unity.